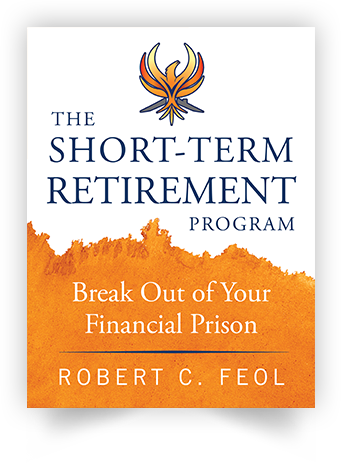 About the Author - Robert Feol 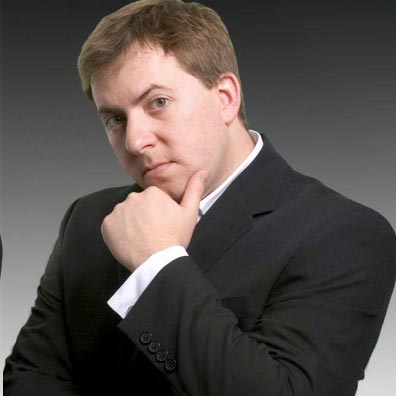 Considered a “visionary” by many of his clients and radio show listeners, Feol’s innate ability to locate highly discounted investing opportunities and get them online has resulted in him being involved in over 2,000 purchase and sale transactions over the past twelve years—a phenomenal accomplishment for someone who is just for-ty-four years old. In 2009, Robert created and trademarked through the United States Patent Office “The Short-Term Retirement Program” (www.ShortTermRetirement.com), a ground-breaking real estate purchase system that allows any investor, regardless of nationality, to take advantage of private financing and aggressive amortizations to build a strong real estate portfolio and have it paid off in as little as five years.

For over nine years, Robert was the host and founder of Pieces of the Puzzle: Journeys in Creative Real Estate Investing, the number-one weekend talk radio show on 990 KWAM—“The New Voice of Memphis” with listeners around the world. Its main focus is real estate education and understanding how to meet one’s goals of financial freedom.

Robert has also distinguished himself with high accolades and awards across a variety of disciplines, including graduating as a triple major from Syracuse University; obtaining a master’s degree from one of two all-deaf colleges in the United States, where all his classes were taught in American Sign Language; having five black belts in various martial arts systems, and currently holds a blue belt in Brazilian Jujitsu.

Robert is a highly accomplished and award-winning Junior Olympic volleyball coach who coaches both academic and club volleyball; and Robert is also considered a highly accomplished guitarist on both classical and steel-string fingerstyle guitar, currently working on his graduate degrees in music at The University of Memphis. He is a former award-winning educator who was tenured in The Memphis City School district, and is a published choral composer and arranger.

Robert is also heavily involved in charity work in his hometown of Memphis as well as Rochester, New York. He has saved the lives of hundreds of helpless dogs and cats through his strategic partnership with Save 1 Pet of Memphis and established an endowment for underprivileged youth to attend McQuaid Jesuit High School, his alma mater, considered one of the top schools in New York State.

Robert has been married to his beautiful wife Shannon for the past eleven years, and they share three beautiful and amazing children—Robbie, Kerrigan, and Tennessee. Their family travels routinely and competes in high level BBQ contests under the name Uncle Feol’s Tennessee Style BBQ. Their award winning BBQ sauce won the Virginia State Championship in 2017, placed 2nd in the Mississippi State Championship in 2018, and they were the Grand Champions of The Hernando, Mississippi Water Tower BBQ Festival in 2018, placing 1st in Ribs and 1st Place overall. They live in Memphis, Tennessee.

I first met Robert Feol years ago when I was scheduled to speak to a local real estate group in Memphis, Tennessee. A few weeks before the scheduled appearance, I got a call from this young guy who had a Memphis radio show and wanted to interview me for my upcoming appearance. While I didn’t know who he was before the phone call and subsequent radio interview, I was so impressed AFTER the interview I went on record saying that, without a doubt, his interview was the best radio interview I have had in a long time, and his radio show, while consistently #1 in weekend talk in Memphis, is also, in all likelihood, the best real estate show in the United States, hands down.

It doesn’t surprise me then, after reading this hefty manuscript, that he has taken his energy, passion for helping others, and not inconsiderable investing experience, and parlayed them into the book you now hold in your hands. A veritable tome of investment knowledge, theory, mathematics, and primer on why, when you think you are doing everything right, you are actually doing everything wrong. It’s a testament to his unique genius, this Short Term Retirement Program. I have invited him to speak at my seminars, and my students are always remarking what a fascinating speaker and teacher he is. I am glad to call him my friend.

In life, there are leaders, and there are followers, but long before those groups show up, there are prophets. Prophets are rare, the stuff of legends.
And when it comes to real estate, Robert Feol is exactly that… Legendary.